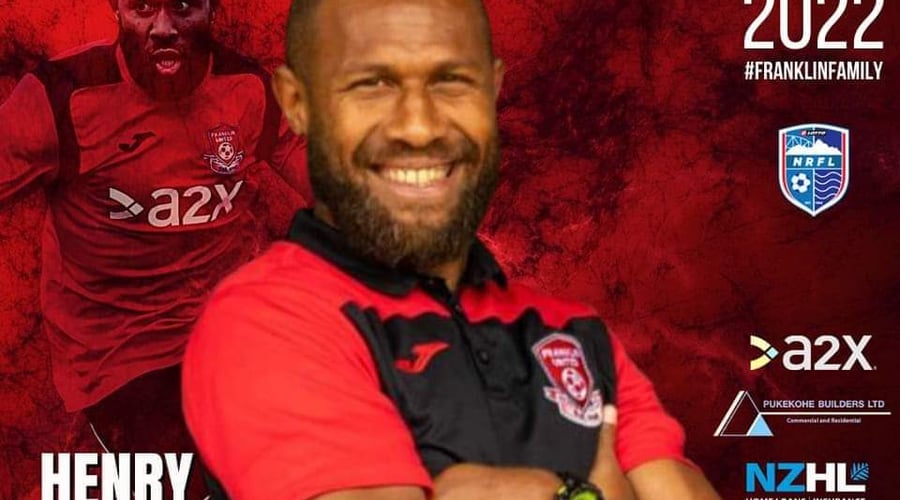 Franklin United are overjoyed to announce the re-signing of Former Solomon Islands International Captain Henry Fa’arodo.
Fa’arodo moved to New Zealand for schooling at Nelson College and played for local club side Nelson Suburbs. In 2002, an opportunity to play in Australia with Fawkner Blues came and after a great season, he was offered a professional deal with Melbourne Knights in the National Soccer League. This was followed by a move to Perth Glory as the competition became better known as the A-League. He also played in Australia with Essendon Royals, Richmond AFC and Altona Magic.
Spells with New Zealand National League sides Canterbury United, Auckland City, Team Wellington and Hamilton Wanderers followed before a move to Franklin United in 2021.
The Pukekohe resident played 64 games for his country, amassing 20 goals. On top of this Henry played in the Oceania Football Confederation team vs Los Angeles Galaxy during the David Beckham Tour in 2008 and competed at a FIFA Club World Cup in Abu-Dhabi with Hekari United in 2010 with Franklin United Assistant and Goalkeeper Coach Reaz Moorad.
Welcome to another season as part of the Franklin Family.